Coix Seed, also called adlay or pearl barley, is a grain-bearing perennial plant belonging to the grass family Poaceae. The grain is used as a source of food, drugs, and ornamentation, and the seed is used as a traditional Chinese medicine. Most traditional Chinese medical regimens are combinations of various ingredients, including from plant and animal sources. In contrast, coix seed is often used as a single source drug. It has been reported that coix seed contains coixenolide, and coixol, and it has traditionally been used to treat disorders such as cancer, as well as warts and skin pigmentation. 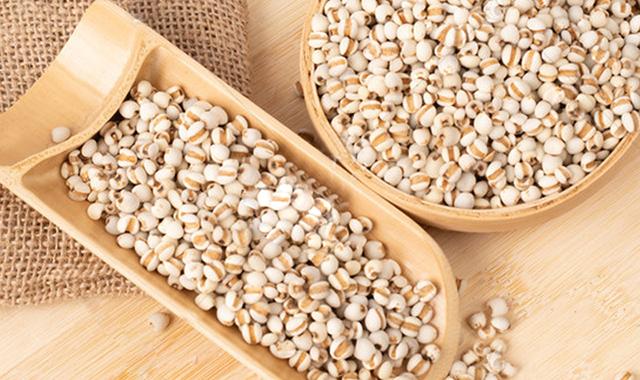 In Japan, coix seed and its water extract have been approved as ethical drugs for the treatment of verruca vulgaris and flat warts.

Coix is, unlike many herbs used in Chinese traditional medicines, often used as a single agent. Coix seed has its specific constituents coixenolide and coixol

Some studies suggest that coix seed promotes the spontaneous regression of viral infections of the skin. Meanwhile, kanglite, a purified oil agent used for cancer therapy, has been implied to increase the ratio of CD4 + T cells in the peripheral blood of cancer patients undergoing treatment. These studies seem to indicate that coix seed may affect cellular immune function.